Are we headed for a housing crash? 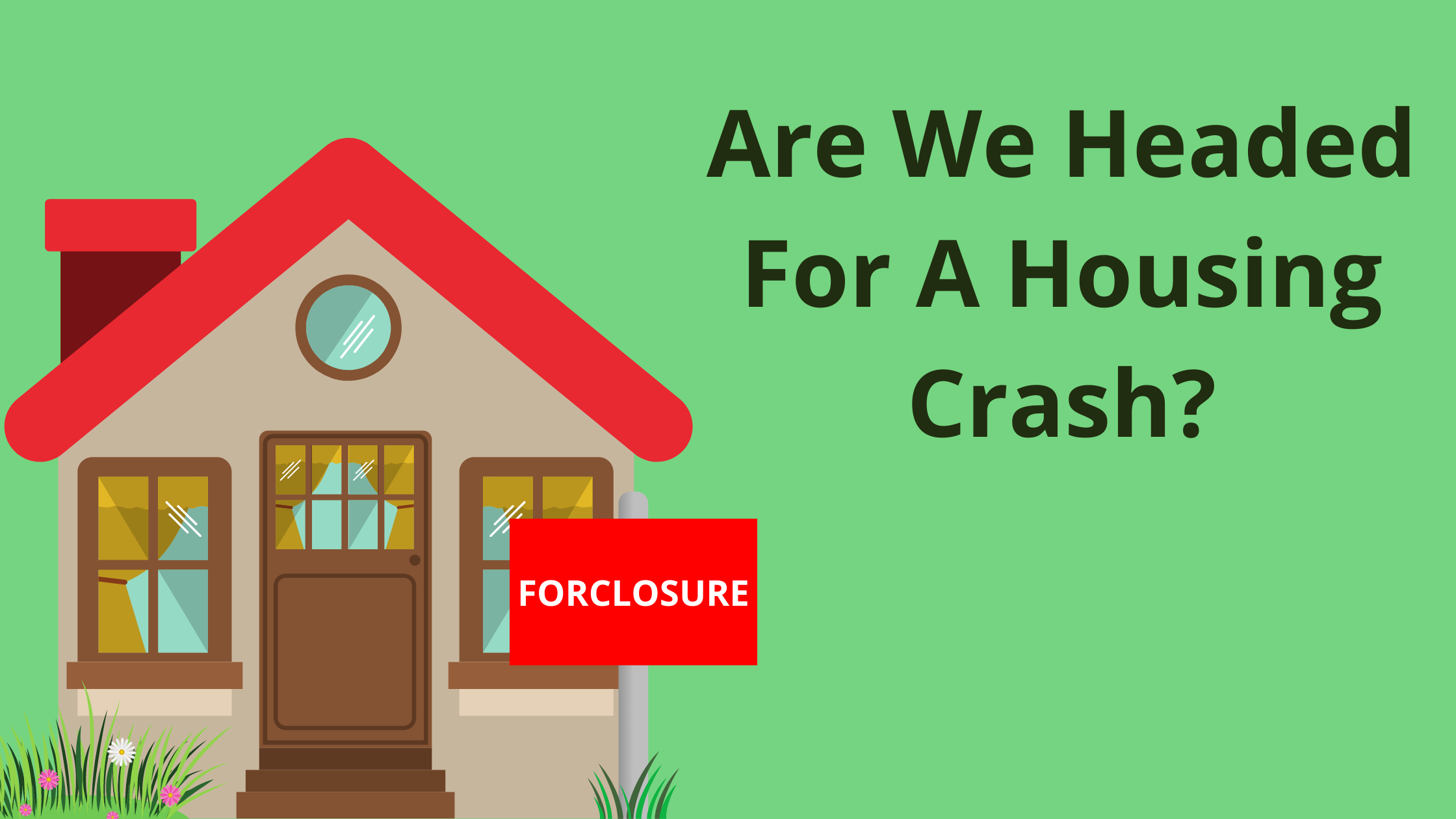 Are We Headed For A Housing Crash?

A lot of people, both in the real estate world and not, are curious where the housing market is headed. The coronavirus put more pressure on the market as fewer people were selling, leaving inventory levels low.

When inventory is low, prices rise so long as demand still remains high, which it has.

As some areas are seeing home prices soar, the question a lot of people have now is: will the housing market crash? Let's take a look at some underlying factors, which will provide a few answers on the housing market's current state.

The practices seem a lot like the 2006 practices that led to the market crash.

But, based on the Mortgage Credit Availability Index, which is rising, we're nowhere near the level of 2006. The index shows that we only have around 20% of the availability today that we did when the market crashed.

Lending standards today remain tighter than in 2006, with a few safeguards in place:

Lenders remain a lot more cautious in today's market, reducing the risk that a crash will occur in the near future.

Cash-Out Refinancing in the Current Market

Cash-out refinancing has risen in the past year primarily due to the historically low-interest rates that we're seeing. People are taking out more money from their homes at lower rates, and while this would normally be a bad thing, this time, the market is different.

People are refinancing with:

While people are refinancing more in recent years, the level remains far less than in the last market crash. If they continue to increase, these figures may be a problem in the future, but they're still relatively low.

Foreclosures Are Less Likely This Time Around

An abundance of foreclosures hitting the market at the same time would cause the market to suffer significant losses. The good news is that 50% of people in forbearance that have left the program are up-to-date on their mortgages.

Banks had to undergo a massive learning process in 2008, and they found that putting all of these homes back on the market is a costly venture.

Today's banks are far more likely to work with borrowers to help them enter into a repayment plan or somehow catch up on their mortgage rather than foreclose on properties.

In general, while there may be some form of price correction in the future, the signals are not showing an imminent market crash as many people think is upon us.

It's no secret that the market is tough right now.

With inventory still low, buyers are continuing to find themselves in bidding wars, which is driving home prices sky-high.

Many have started to fear that another housing crash is on the horizon, and it's easy to understand where that thought process is coming from.

But the truth is, even with the health crisis, the market we're seeing now is nothing like it was in 2008.

Here's a breakdown of why we are NOT headed for another housing crisis in the coming months.

Why Have Home Prices Gone Up So Much?

The HustleIssue #163Sunday, June 13, 2021Why is lumber is so expensive right now?An illustrated explainer of the factors driving up the market.BY ZACHARY CROCKETTNOTE: Thie week, we’

9 Colorful Plants that will Thrive on Your Balcony

9 Colorful Plants that will Thrive on Your BalconyWhether you have a large, sun-drenched rooftop terrace atop a high-rise, or a small, shady apartment balcony, it's easy to make the space more

By registering, you agree to our terms of use and that real estate professionals and lenders may call/text you about your inquiry, which may involve use of automated means and prerecorded/artificial voices. You don't need to consent as a condition of buying any property, goods or services. Messages/data rates may apply.